Garnets are natural minerals which have been known for very long time for their beautiful colors. They belong to the more complex orthosilicates with general formula А3В2(SiO4)3 where A are bivalent cations (Са2+, Мg2+, Мn2+, Fе2+) and B – trivalent ones (Аl3+, Сг3+, Fе3+). They crystallize in the cubic syngony. They also prone to isomorphic substitutions of bi- and trivalent ions, as well as the acidic radical which widens the possibilities to obtain garnet pigments of rich color palette.

Garnets are formed in nature under high pressure and temperature. They are artificially synthesized at temperatures up to 1200°С in presence of mineralizers. Original colored garnets which cannot be found in nature were prepared by substitution of the bivalent ions with Ва2+ or Ni2+.

One of the most famous garnets with beautiful green color is uvarovite Са3Сг2(SiO4)3 or 3CaO.2Сг2O3.3SiO2. It can be obtained artificially and it is well known under the name of “Victoria green”. On the basis of the garnet grossular Са3Аl2(SiO4)3, a numner of garnet pigments were obtained by complete or partial substitution of CaO with MgO, MnO and FеО, as well as Аl2O3 with Сг2O3 and Fе2O3. Pigments were synthesized containing Со, Ni, Сu, Ва, Zn and partial substitution of SiO2 with ZrO2, ТiO2 and SnO2. In the search for new and stable pigments, the acid radical [SiO4]4- was substituted also with [РO4]4- .

Phosphorous containing garnets are very rare in nature, mostly as spessartine which contains manganese and has pink-red to yellow brown color. It is possible to prepare pigments on the basis of solid solutions of garnets and phosphates. Pigments have been obtained from a mixture of garnets and spinels which formed highly stable mixtures in various colors while preserving the structure of the main crystals. 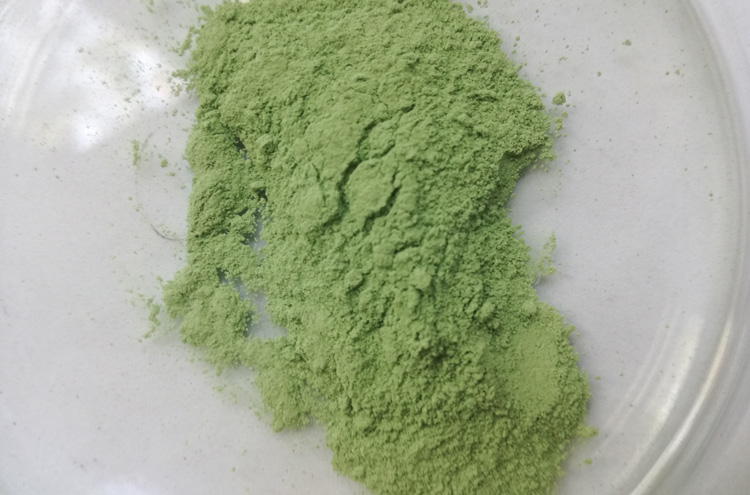